This article is following on from my promise a few months ago that I’d write a few psychology slanted articles and focuses on just how weird set pieces are when you think about it. The recent world cup, for example, was dominated by set-piece goals, with 42% of all goals scored coming from set plays. Pretty much everyone sat up and took notice of how important set pieces can be and how much value they can add (shoutout to Statsbomb who have been screaming this into the void for years). Of course, long before the world cup Sam Allardyce knew the value of set pieces across longer league competitions and used them as a way to draw as much as he could out of limited players in relegation battles. Now, more fashionable managers such as Jurgen Klopp are taking advantage of set-piece situations by hiring specialist throw-in coach Thomas Gronnemark to squeeze out every last drop of that competitive edge set-piece situations can bring.  But that’s enough about how important set pieces are, we all agree they are very important. What is difficult though is that coaches must now figure out how to strike a balance between having players who are strong in both open play and from set-piece scenarios.  It’s likely that as the physical demands football advance teams won’t be able to carry set-piece specialists who can’t offer a lot in open play. This is where I put forward my main argument, in future we will need more James Milners and I’ll explain why below.

One of the most interesting things about football is that different situations during a match require skills that vary in their demands on the open vs closed skill continuum. What I mean by skill continuum was defined by Barbara Knapp in the 1960’s, Knapp suggested that different skills that athletes need to execute in different sports lay somewhere on a continuum between open (happen in a fast-paced, constantly changing environment) and closed (stable, consistent environment).

Open skill examples: A dribble or ball carry in Football, Basketball or Rugby. The environment is constantly changing, and so movements have to be continually adapted. These skills rely heavily on the perceptual system and are externally paced, tempo is determined by what your opponent does.

Closed skill examples: A free kick or penalty in football, a free throw in basketball, a serve in tennis. These skills happen in a stable, predictable environment and the athlete knows exactly the exact sequence of movements they need to execute. Skills are not affected by the environment and movements follow set patterns and have a clear beginning and end.

When you think about it, compared to open play, set-piece situations are a set of alien moments not like the rest of a football match. Obviously, football set pieces aren’t at the end of the closed skill continuum as there are opponents trying to stop what the attacking team is doing but the events are self-paced and the defending team has no direct effect on the set-piece taker until the set-piece is taken. Whenever there is a set piece situation football has the opportunity to become a set of self-paced, specifically choreographed, pre-planned movements that can be replicated much more easily than in open play.  Being excellent at both open and closed skills is difficult as both situations have very different sets of demands on players. In football, open skills and matchplay generally are trained a lot more than set-piece situations and event then set pieces are usually trained in a separate block of time. This means most players are better in open play and don’t get to practice realistic switching between open (open play) and closed skills (set pieces) the way they would during a match.

The Importance of Executive Control

‘Executive control’ is a well know psychological construct that underpins the human ability to switch between all of the various difficulties, complex tasks we are expected to complete every day in short periods of time. This includes tasks that span the open and closed skill continuum. The better the executive control a person has, the better that person is at switching between tasks and performing their current task successfully without it being affected by the last task they just completed or the next task they will be required to do. There was recent evidence that tennis players whose skill demands can be open or closed (e.g. open rally vs service) show much stronger executive control skills than either sedentary non-athletes or athletes on sports that are fully closed (e.g. swimming) so executive control isn’t just better in more athletic people, it seems to interact with the demands of the sport. These stronger executive control skills have mainly been shown in situations that mimicked the sport that the athlete was trained in, so they don’t seem to always generalise beyond the sport the athlete has been trained in; having very good executive control will benefit an athlete’s performance but it appears to be very trainable and can be task specific. Quite recently there was a study looked at the effect of executive control skills on professional football performance, they found that players with better executive control skills generated a lot more goals and assists than players with more moderate levels of executive control skill.  Sean Ingle wrote a cool Guardian piece about this study a couple of years ago about two of the study’s participants; Xavi and Andreas Iniesta. Both of these legends of football performed in the top 0.1% of the general population in different executive control sub-skills showing that world-class athletes aren’t only physically from another planet but mentally too.

So it’s obvious that there are benefits to having good executive control for athletes, it allows them to perform well across a range of different demanding tasks. In a football context better executive control = players who can perform well in open and set-piece situations. In a football context if you are, say, Jurgen Klopp and you need a player to dynamically press or contribute to passing buildup in open play (open skill situation) and come up a ton of assists from set plays (closed skill situation) then according to last seasons numbers you already have the perfect player- James Milner. Now I haven’t measured James Milner’s executive control skills but his output last season shows he’s adaptable across a number of open and closed skill situations and strikes a nice balance between benefitting his team in open play and from set-piece situations without being seen as a ‘set-piece specialist’. 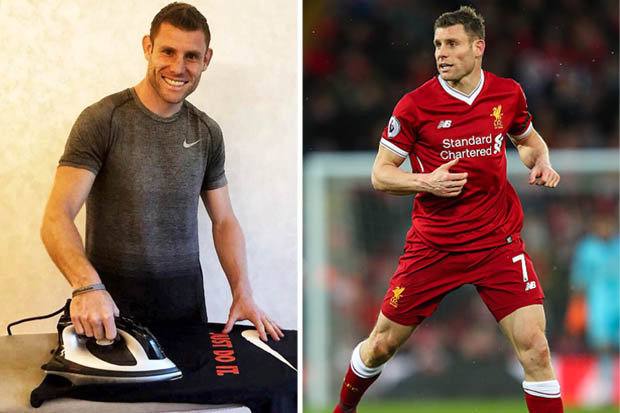 James Milner: Get you a player who can do both

This puts coaches and those involved in player development in an interesting position. There are a number of reasonable avenues coaches could choose to go down:
(i) The simple coaching solution – make match specific set-piece situations a significant part of training every week with specialist coaches.
(ii) The slightly more extreme coaching solution – specifically try to train sport specific executive control skills in developing footballers to help them handle the skill switching during matches.
(iii) The extreme analytics approach – aim to scout/sign/develop players who you have already identified as having very good executive control skills.
(iv) The taking this article too literally approach – sign James Milner and hire Thomas Gronnemark.

In all seriousness, set-piece situations will always provide teams with good opportunities to take score goals and this trend of focusing on set plays is likely to be long-lasting. From the list above options 1 and 2 are solutions that could be implemented in the short term quite easily. Option 3 is interesting and hasn’t publicly been used by any clubs but football is a constant arms race and it is very possible that it is an approach that will be adopted in the next 5-10 years. Overall, as long as the rules of football stay the way they are, set pieces will remain a great situation for those willing to invest the time and develop the specific skills, to take advantage.

View all posts by proformanalytics

We are a pair of football loving scientists. Computational Neuroscientist (@Mladen_Sormaz) and Mathematician (@D4N__). We are looking to apply advanced statistical solutions to footballing problems. Follow us on twitter for more content  @ProformAFC